If you think glitter is just for special occasions...this is the makeup story that will change your mind. For makeup enthusiasts or for skincare-only devotees, glitter can be a wink or a spectacle, depending on your preference. Personally, I like both. A totally clean face with a dab of glitter around the eyes is such an understated, cool way to decorate your face. Or going full glitter brow or full glitter lip is another way to make a big statement on a relatively small piece of facial real estate.

But for this Supergreat challenge, allow us to show you a couple ways to glitter (yes, we're making it a verb), no matter how much you like to glimmer, and invite you to show the community how you love to wear glitter.

I used Urban Decay's Heavy Metal Liner in Studio, which has a tube with a thin brush applicator, making this really easy to do. 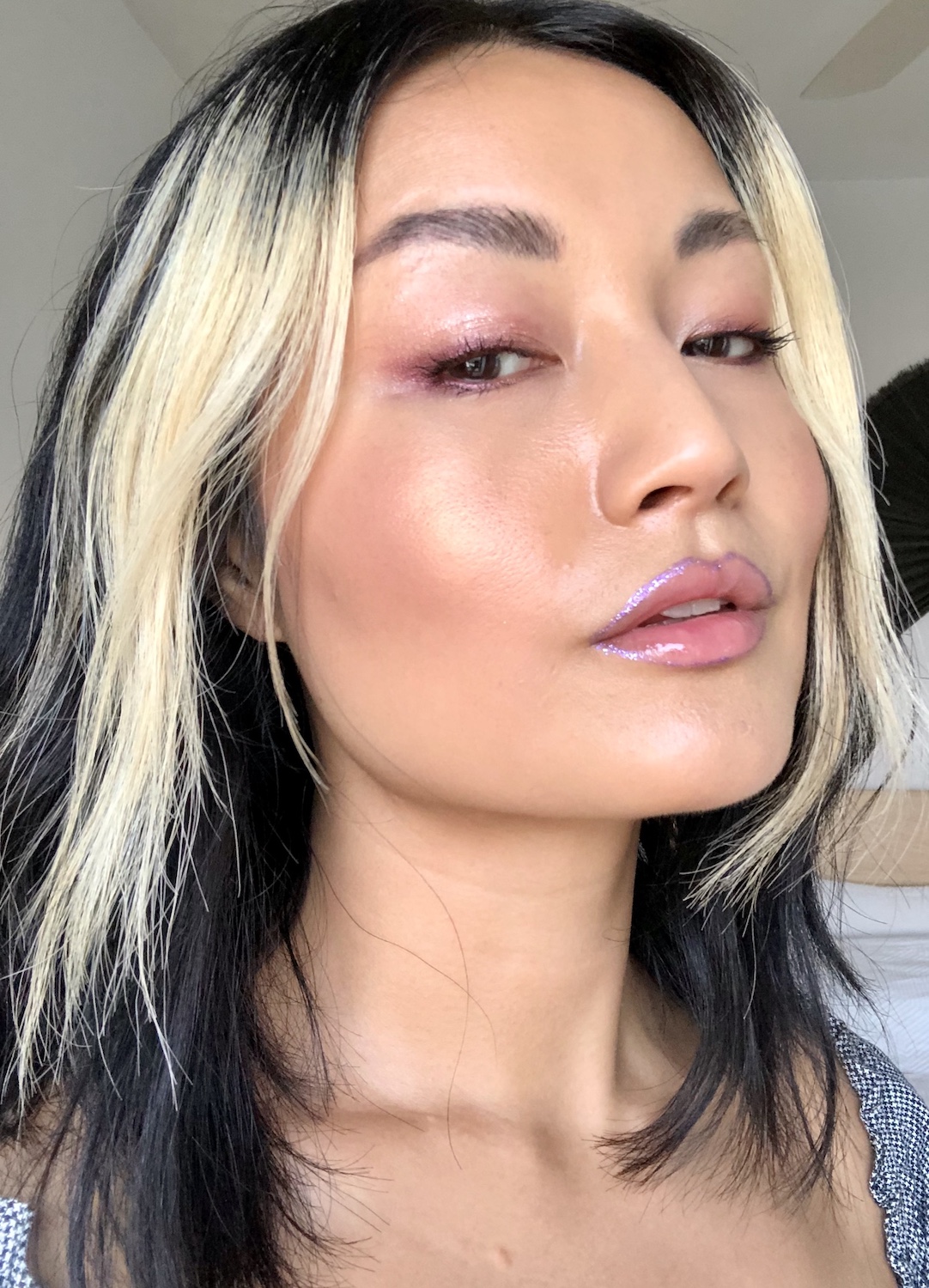 Obviously, it's eyeliner, but its stay-put formula makes it pretty easy to recreate on the lip (just don't eat it).

Underneath, I just applied a clear gloss, Dior's Lip Glow Oil to keep it fairly neutral but still shiny.

And if you're feeling more adventurous (or perhaps itching to do something just for the IG grid), that same glitter liner works for more abstract, artful applications like... this glittery contour. 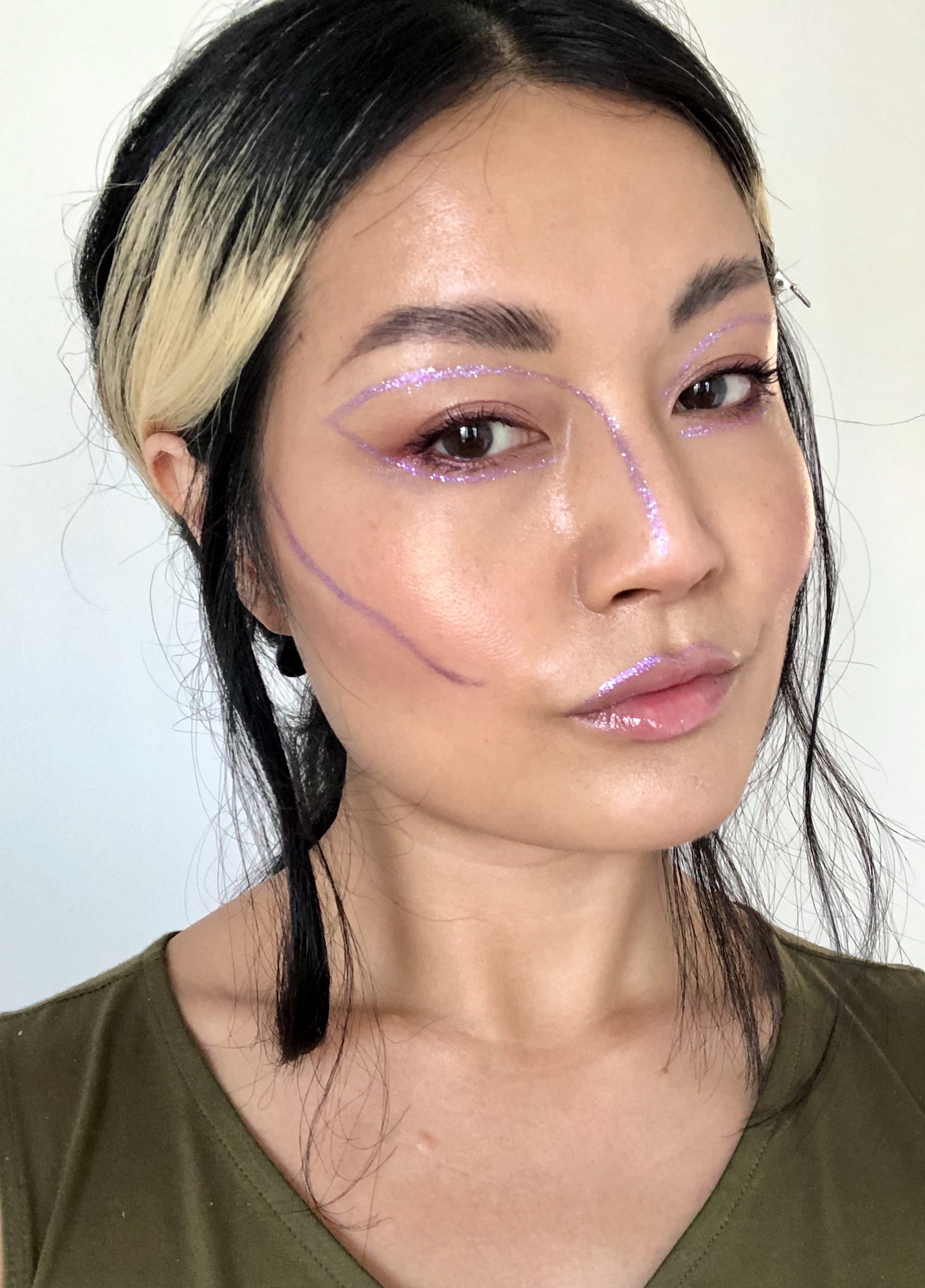 Arguably, one of the most popular destinations for glitter makeup. But that doesn't mean it has to be done just one way. Sure, you can just smear it on and call it a lewk — and it totally is — but pair it with eyeliner or gems and...it's a LEWK™. 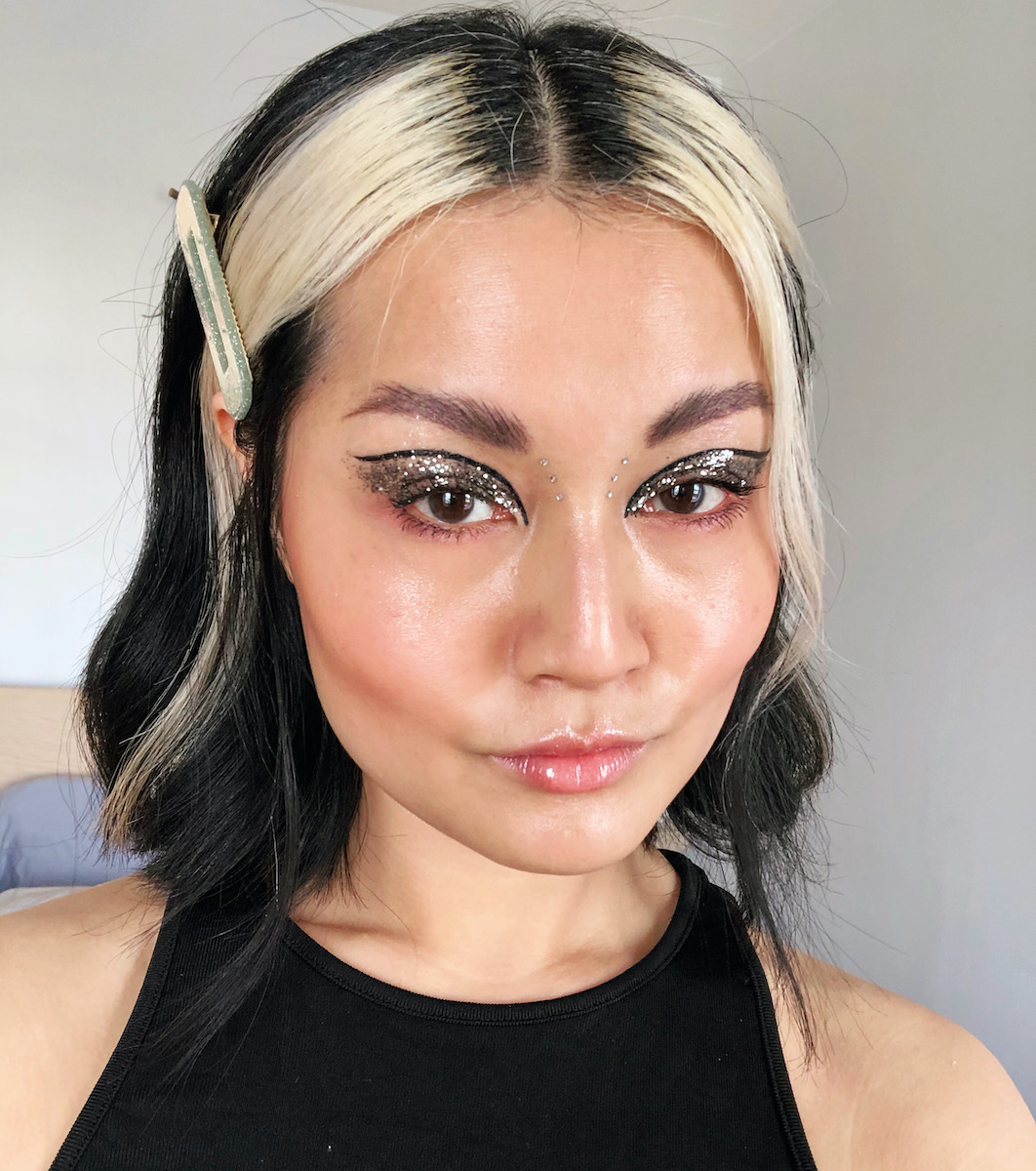 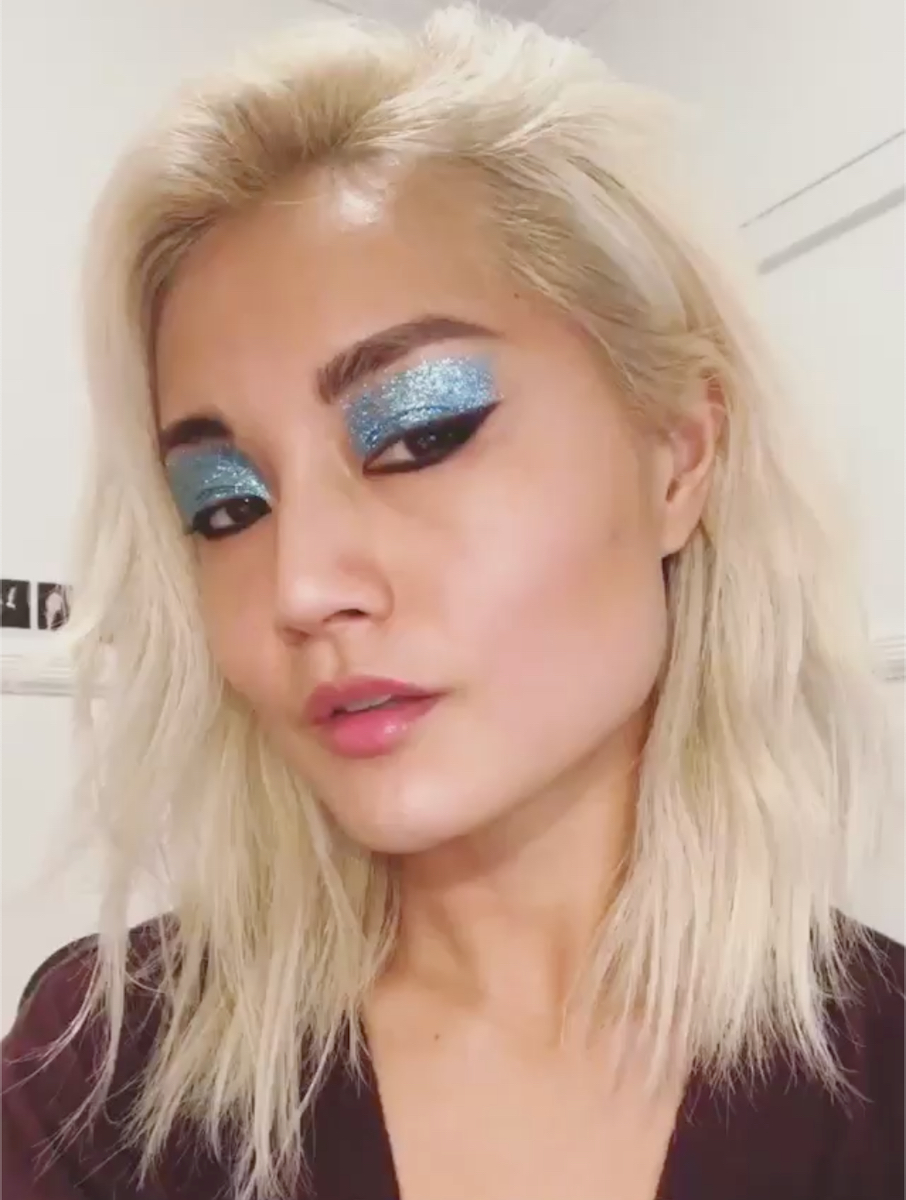 The space between your lashes and your brows gives you the most glitz-per-inch impact, IMO. The eyes are that focal point of most faces anyway, so may as well just pepper that whole area with...glitter.

Both of these looks used Lemonhead Glitter (R.I.P.) and some generous black liquid liner. If you're in the market for more glitter gels, we have you covered. The gemstones between my brows in the gunmetal glitter look, however, was an idea I copped from some makeup look on Kendall Jenner's IG.

For a simpler but still just as impactful way to wear glitter, Abi has shown us how she puts drugstore glitter through its paces with the Revlon PhotoReady Eye Art Lid + Line + Lash.

Now it's your turn to show us YOUR glitter makeup look; everyone who adds a review of their glitter look below before 07/26 will be given 15 coins! We can't wait to see what you guys come up with. 🤩