How to Wear Colored Mascara

My first forray into colored mascara was in high school (so over a decade ago) when I walked into my local mall and beelined to the MAC counter. Those were the days when I didn't actually wear makeup, but bought it in the hopes that it would mature me. That day, instead of buying a single eyeshadow that would end up going unused, I bought a stick of baby blue mascara and wore it to school every day for weeks. I can only guess that it was MAC's Zoom Lash mascara, but it's since been discontinued and wiped off the face of the earth. It's probably for the best; the formula was clumpy, and the blue was so pale that I distinctly remember someone telling me I looked like I had icicles hanging from my lashes (and since this all took place in Canada, that was absolutely possible).

So when I was given this mascara by Hard Candy in the shade Staycation (the irony of the name isn't lost on me), the pale shade of blue took me back to this teenage makeup faux-pas—I was determined to make this look work. I had also recently seen creative new ways to wear colored mascara throughout Instagram, seen below. 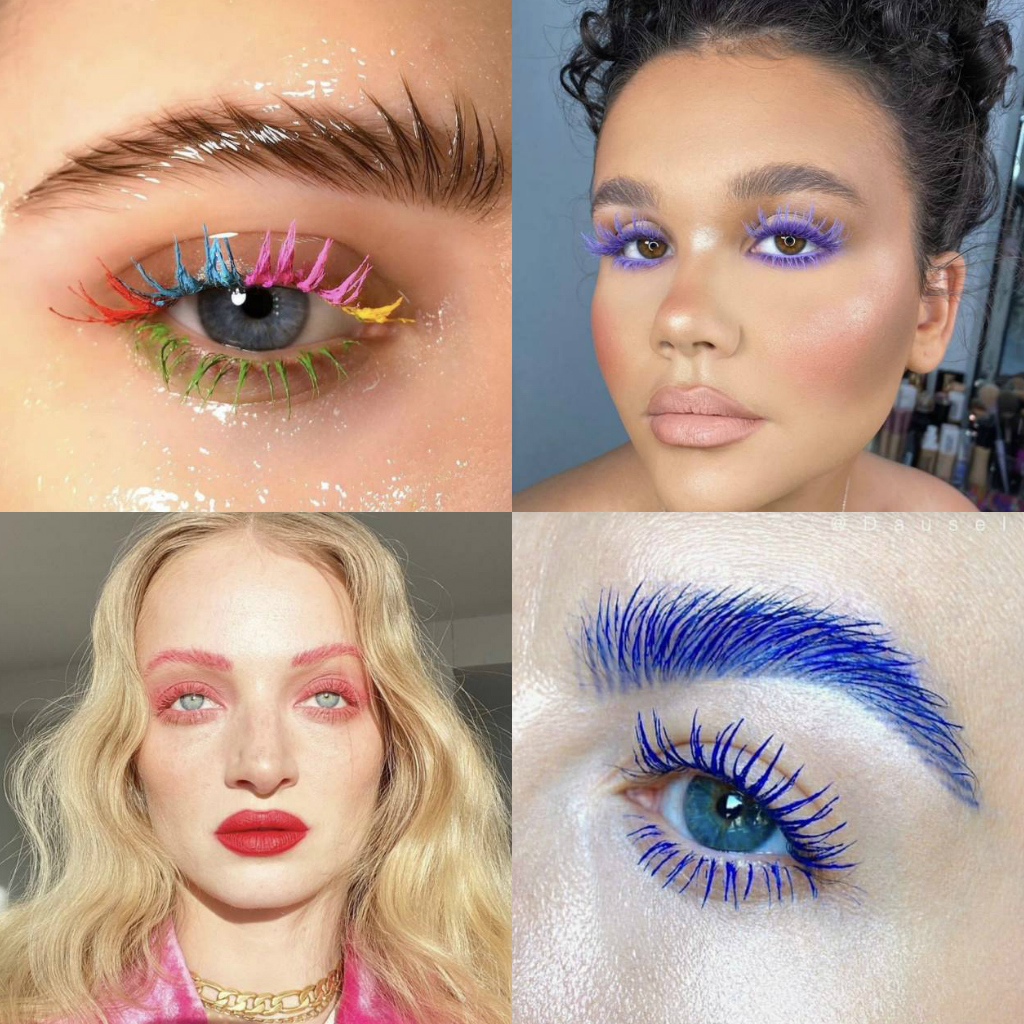 Although the coloring on the tube suggests that this mascara is greenish-blue, the true color is a pale blue. The formula is the exact opposite of my first blue mascara; it's quite liquid-y and allows you to apply coat after coat without clumping. The other great part about this product is that the wand is a hard comb, and not a fluffy brush—another reason why this formula doesn't clump, and it gives you the ability to add a subtle pop of color on your lashes if you aren't into the all-out look. This mascara is what colored mascaras should be; an easy way to change things up without committing to something too out there.

Although the looks above demonstrate a level of artistry that I will never achieve (also, YES to matching your eyebrows to your mascara) I was able to find a similar shade of blue eyeshadow (from my trusty NYX palette) to pair with the mascara. It was fun to do and now I want more shades.

MaybellineNew York Snapscara Washable Mascara
L'Oreal ParisVoluminous Original Volume Building Mascara, Deep Burgundy
Urban DecayDouble Team Special Effect Colored Mascara
CHALLENGE: I want to see you guys make colored mascara work! Add your review below and show me how you wear it, and I'll award each of you with 10 coins. You have until 05/10 to add your review.