The robots are here and they want you to have good skin. At least that's what it feels like every time I see some new, high-tech (usually $$$) skincare device that's somehow always sold out (must be nice) as people rave about its incredible results. I guess, if you think about it, investing in a tool and using it diligently will recoup its cost if you're not getting a facial once a month, as is the way. And now that no one can see their beloved esthetician without the slight fear of COVID contamination, well maybe it's time to get into toys, you know?

I've seen and used early all of them in my swaggy time as a beauty editor, and some devices work, some are like an Emporer's New Clothes situation, and generally speaking, all are NOT CHEAP! So you definitely want to know what works and consider how it fits into your lifestyle and skin goals. Here are a handful that I've tried, still have, and when I use them. 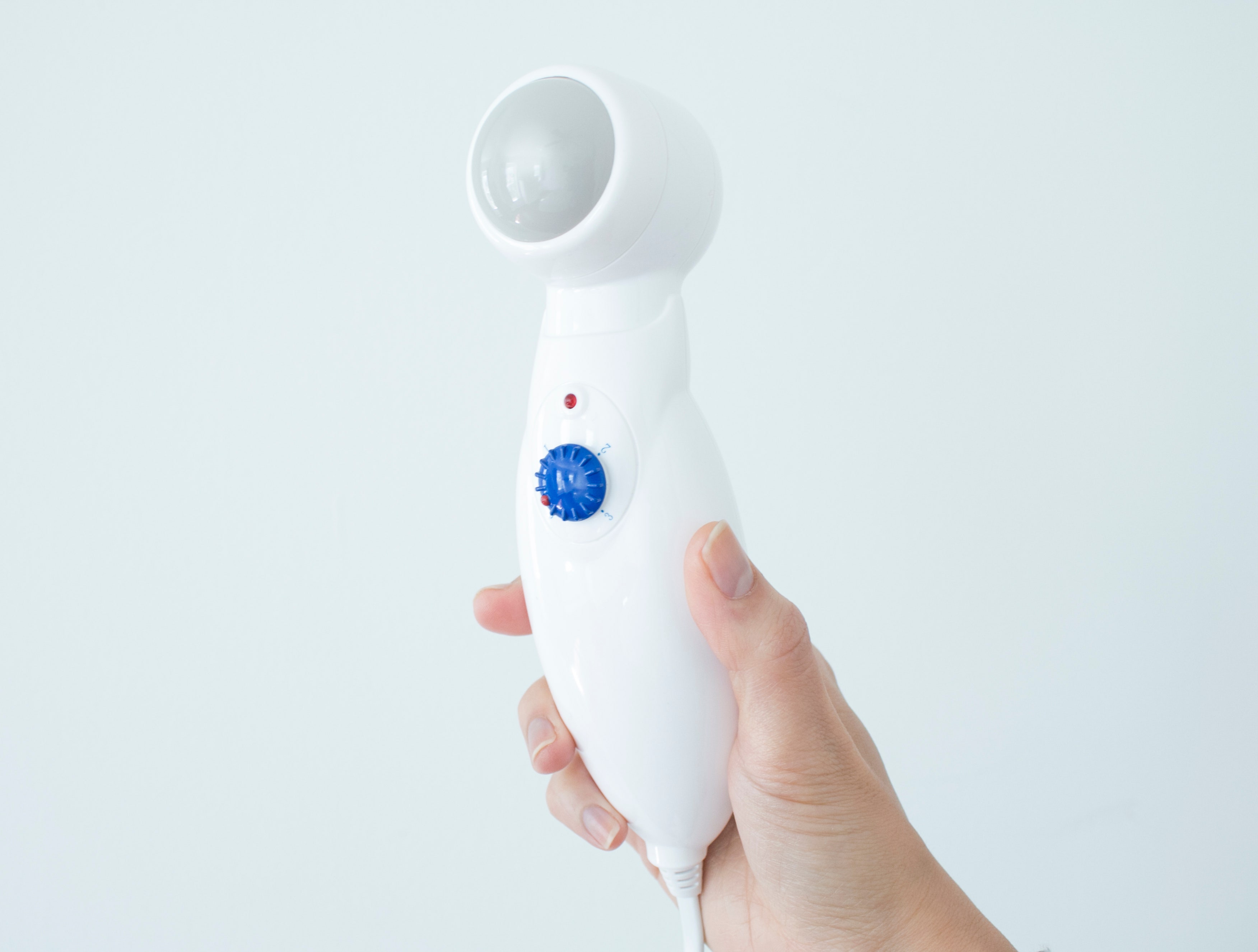 These will appear different depending on which brand you buy, but generally, they all have a glass bulb on the end that touches your face to pass mild electric high-frequency currents to your skin to sterilize bacteria, and jumpstart your skin cells to do skin cell stuff like producing more collagen and hydration as well as reducing inflammation.

I have this one by a spa brand. It doesn't hurt, it just feels like a mild tingling. The first time I experienced one of these bad boys was at a professional facial. The esthetician put a thin layer of gauze of my face, which helped the device glide over my skin more easily. (It's supposed to glide over skin, not be massaged into the skin.) While this is great for reducing acne-causing bacteria and inflammation, it's not a cure for acne itself, per se. I love using mine on an underground cyst when I notice it emerging and I feel like it helps it not erupt. I also use it post-popping session to kill any bacteria that may have spread through squeezing or picking. Pick responsibly! I do feel like it prevents my skin from producing MORE breakouts in response to picking (you know how skin sometimes misbehaves more when you punish it?). 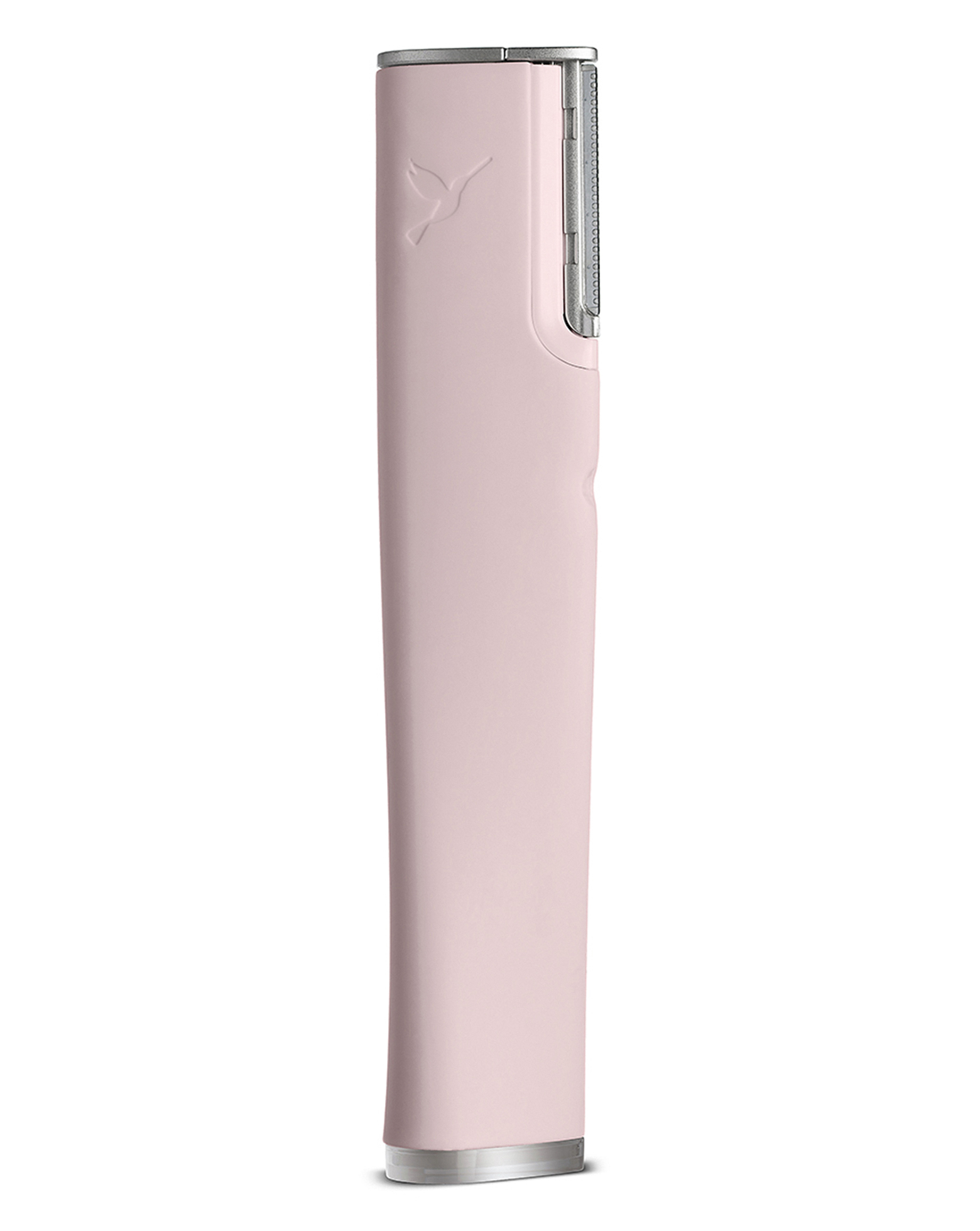 To Defuzz Your Face And Then Some: The Dermaflash Device

Dermaplaning is basically shaving your face in the name of removing peach fuzz and the dead skin cells sitting on your skin's surface. Normally, this is something that's done by a licensed esthetician with a really precise blade, but devices offer at-home dermaplaning with slightly more protective blades. I have a Dermaflash Luxe device, which is very easy to use and has two vibration modes for gentle exfoliation and slightly more intense exfoliation.

You basically angle the blade at 45 degrees to your skin and with light feathery strokes... shave your face. Of course, my face felt smooth as marble afterwards since all peach fuzz and texture were manually removed.

Dermaflash recommends using it once a week, which will help your serums and skincare treatments penetrate better, contributing to a more radiant glow. It also makes your makeup go on more smoothly since it removes more texture than just exfoliation alone, as it's removing hair as well. This one is $199 and comes with 4 single-use blades. There are definitely cheaper versions out there, but this one is top of the crop.

To Shock Your Face Sculpted: The Ziip Device

I've written about this before, but this luxury micro-current device is the one that gets the most lip service across the board. It DOES work, if you use it regularly (which I do not) to stimulate collagen production and "train" your face muscles to sit up straight, so to speak. Micro-current treatments are like getting an hour-long sculpting facial massage with lymphatic drainage in the course of 10 or 15 minutes, to give you an idea of its benefits.

That said, it's a great device to use pre-event when you want to look snatched for the camera. 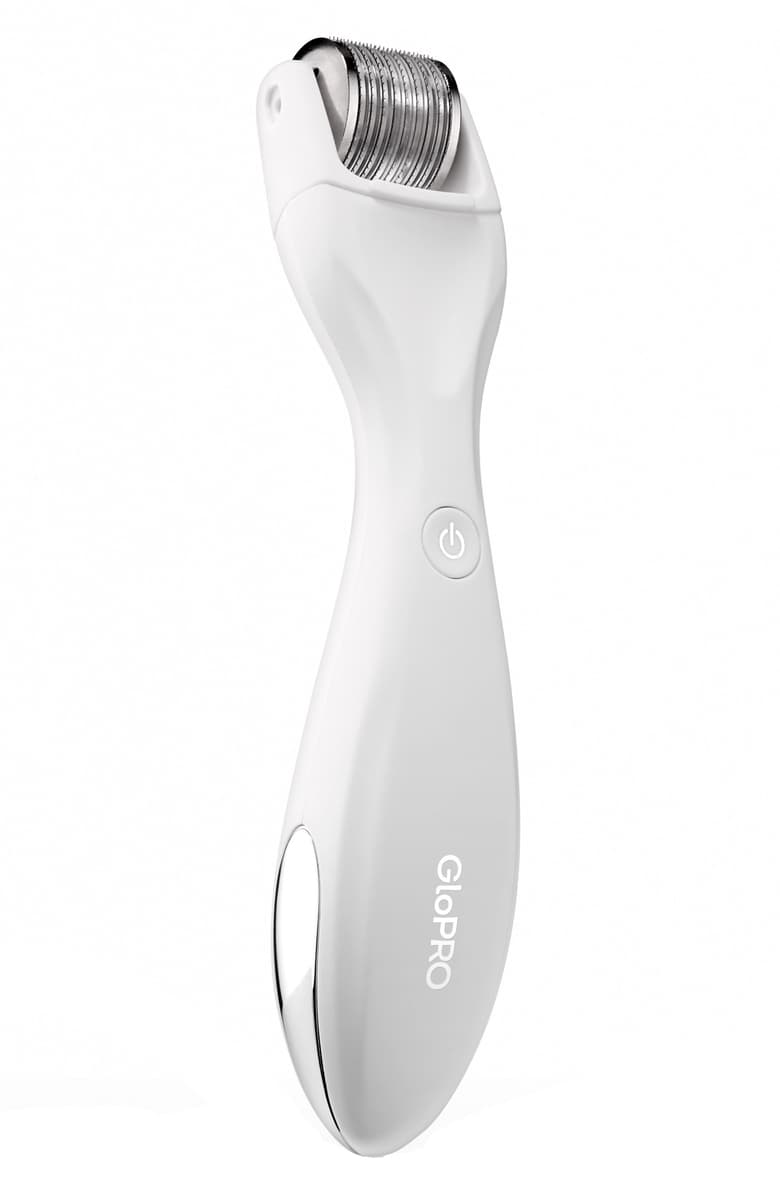 Micro-needling has mixed reviews and generally requires that you need to do it correctly and you must absolutely be sanitary with it since you're creating tiny wounds in your skin that can get infected if you don't. The micro needles on a roller device basically cause mild trauma to the skin, stimulating it to respond with healing proteins and more collagen production, thus expediting any pigmentation sloughing, and general skin cell turnover rate. With regular use it can diminish the appearance of fine lines. It also is said to help your skincare products penetrate deeper because you're literally aerating your skin like you would a garden, you know?

I've used the GloPro Microneedling device before, which is one of the top of the line household devices. It's nice! Easy to use, has a cool LED light in the roller that allegedly does...something for your skin (I honestly don't know if non-professional grade LED has any effect and even if it did, it's on your skin so briefly that it probably wouldn't anyway.)

That said, an esthetician I trust mentioned to me that the minor trauma that micro-needling causes in your skin can potentially trigger a longterm response years later in the form of uneven pigmentation, and there isn't enough research on the longterm effects of micro-needling on the skin yet, so who's to say it may not backfire in that way (since there is established research that skin trauma can visibly manifest years later)?

Anyway, I feel like these are better suited for mature skin that would more noticeably benefit from increased collagen production and fine line diminishing. If you already have a lot of your youth-given collagen, skip this one, I think. 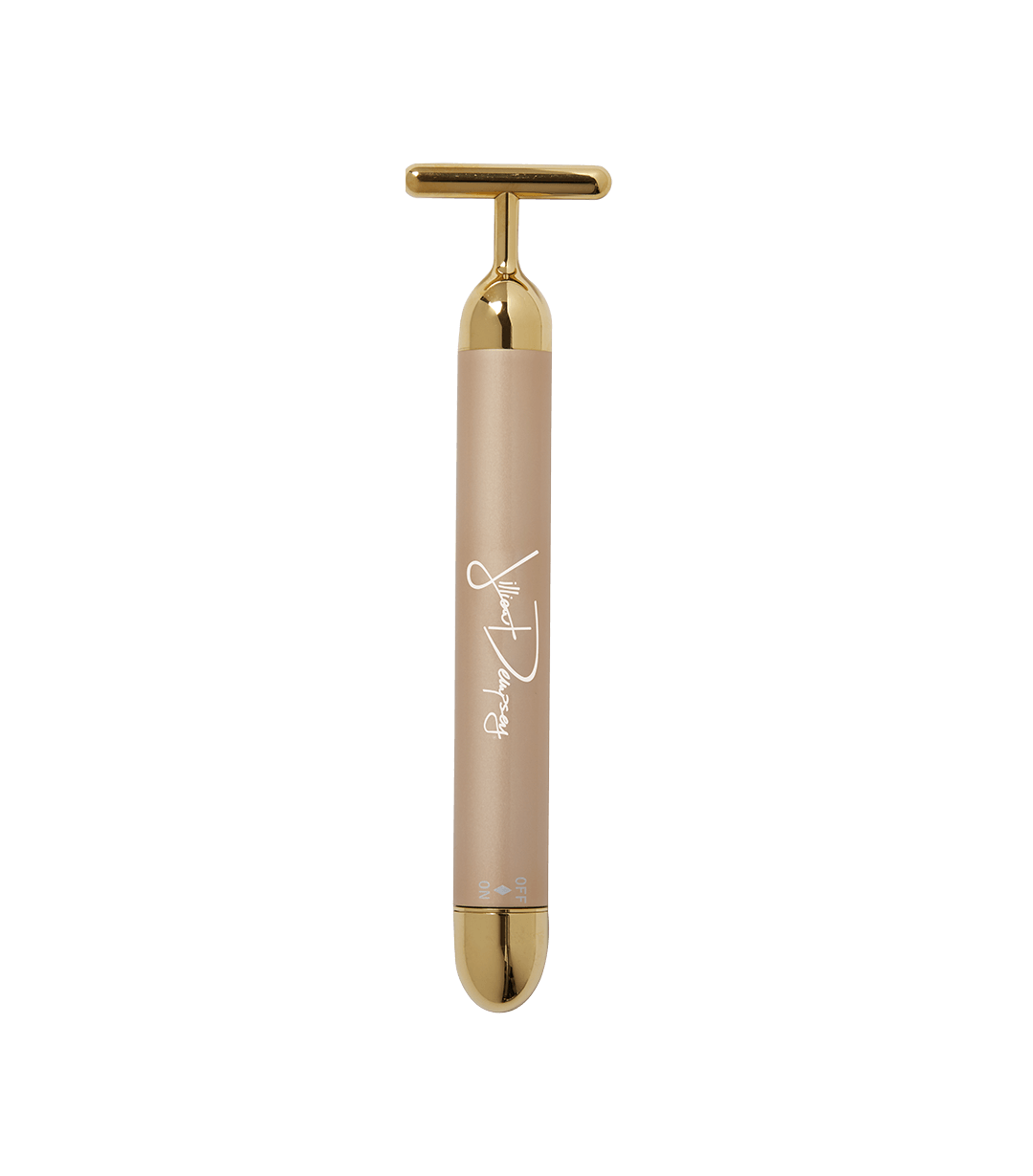 Yes, there are jade rollers and there are gua sha stones, but the gold bar is the luxurious version of those concepts. The vibrating tool has a 24K gold-plated (for sanitation and also it's fancy) bar that you massage your skin with, using lifting and sculpting motions to promote lymphatic drainage and to create a contoured look in your face. In that way, it's similar to a micro-current device sans electricity (making it safe to use if you're pregnant, for one).

This is another good pre-event device. Makeup artist Jillian Dempsey says she uses it on all her clients before she does their makeup and it really does get rid of any puffiness, plus the vibration promotes blood circulation, livening up your face. It gets MUCH celebrity lip service because of that. I've tried this and this much I can say is true. Also the vibration is just... really soothing. It's easy to just zone out while giving yourself this sculpting facial massage.

That said, for $195, that's one pricey meatball. I came across a Strategist article that discovered a $12 dupe that Tracey Ellis Ross called out in her Vogue beauty tutorial. It even has 24k gold-plate on it (allegedly?). Worth a shot at that price point, I think!

Before & After: 5 Supergreaters Test Exa Foundation

What Are Makeup Dupes and Why You Should Try Them Out

I Tried the Visine Pimple Trick

Before & After: 5 Supergreaters Test Exa Foundation

What Are Makeup Dupes and Why You Should Try Them Out

I Tried the Visine Pimple Trick