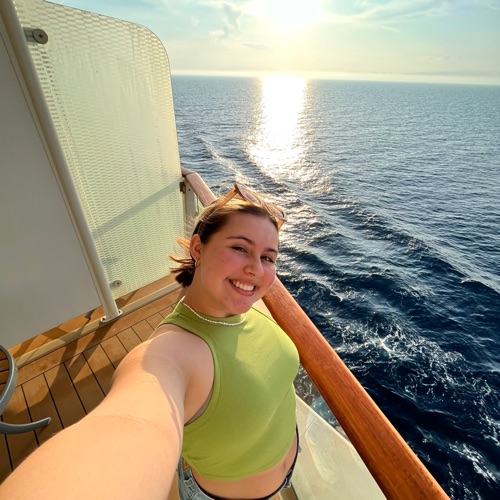 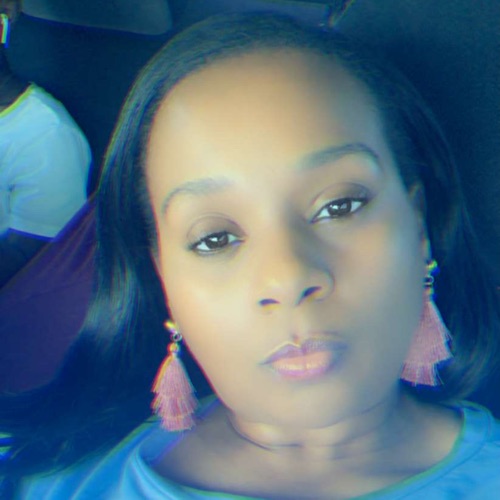 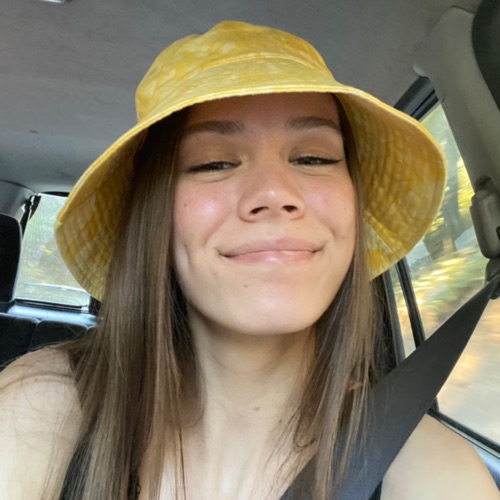 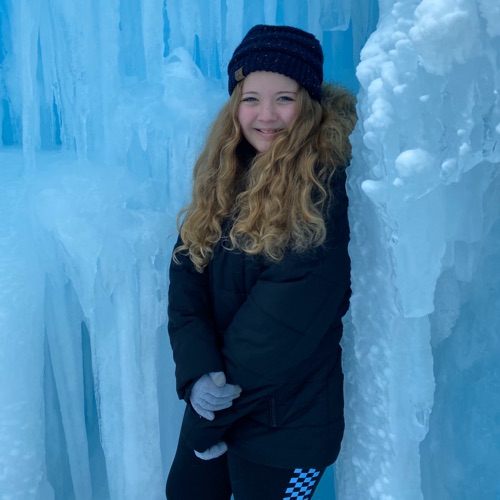 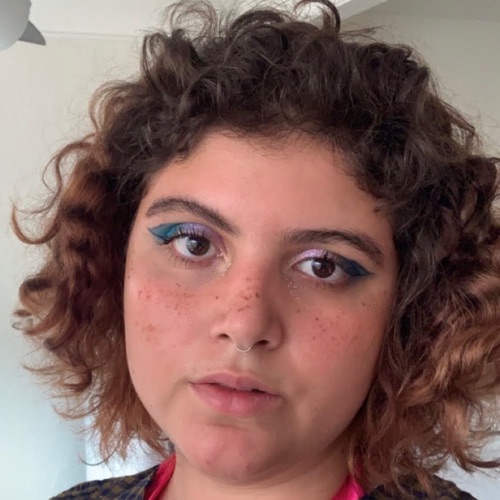 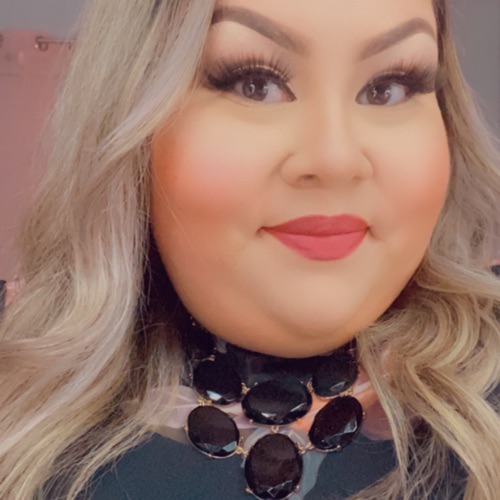 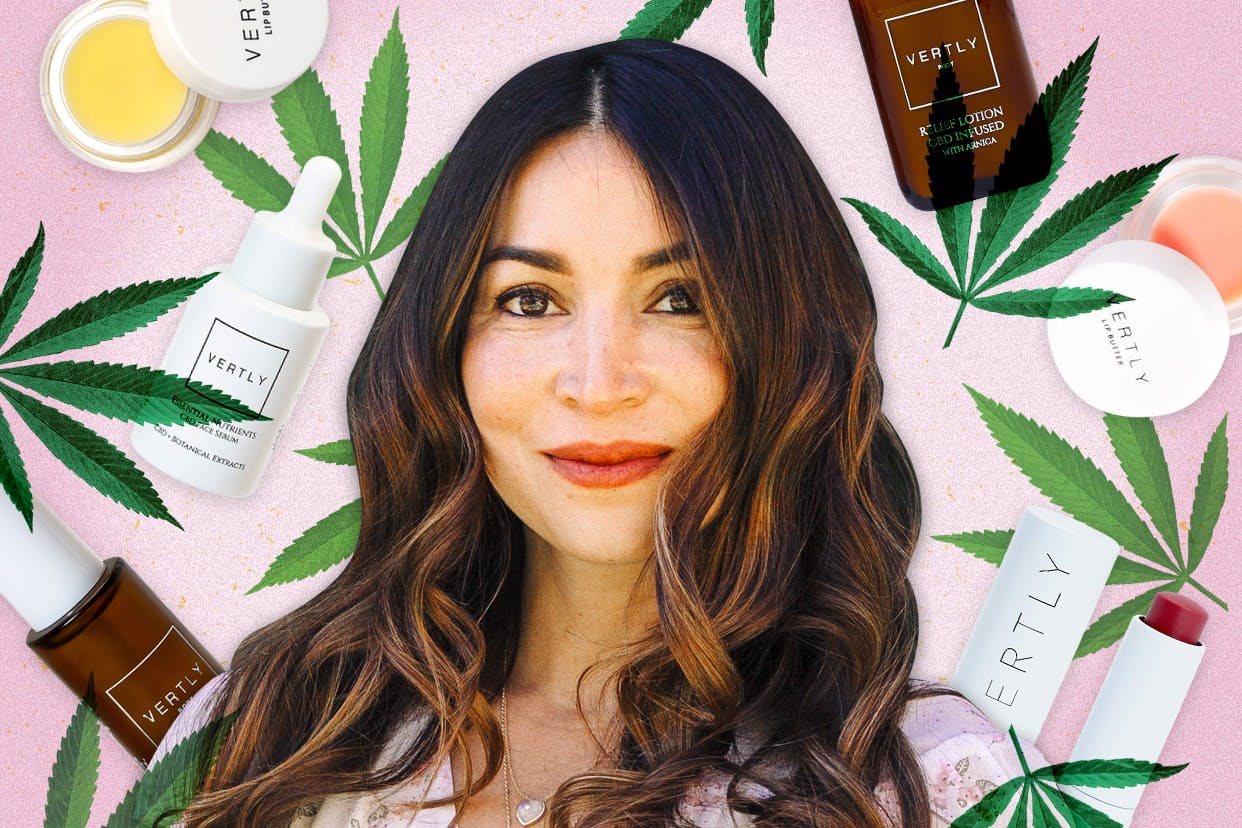 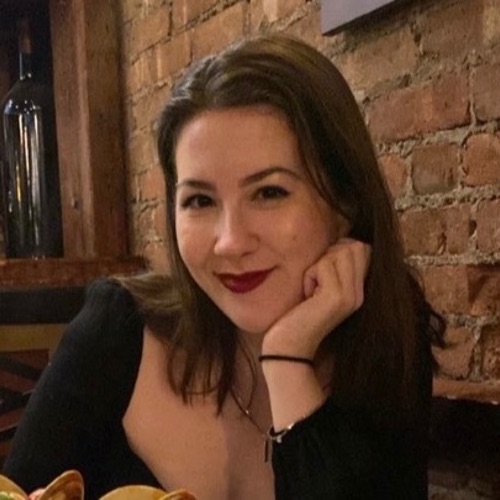 The CBD skincare industry has really sprouted in last few years. What was once an obscure ingredient that raised your mom's eyebrow is now widely accepted for it's anti-inflammatory and hydrating properties. We've introduced our Supergreat community to a lot CBD skincare brands from WLDKAT to Blunt Skincare, but that's barely dipping a toe into the vast ocean of brands that have launched in just the last year. Of course we carefully vet each brand we partner with so you only try the best of the best, which is why we wanted to introduce you to another CBD skincare brand, Vertly. Though we are just introducing you to this brand now, make no mistake, Vertly is a veteran in the CBD skincare industry. The brand launched in 2016 (back when people were still wary of cannabinoids) with one product, a CBD and fresh botanical infused lip butter. Now the brand offers everything from bath salts to workout recovery spray.

Many of our Supergreater's have already tried Vertly's Lip Butter Rose Pot, which provides a sheer swipe of hydration in a little glass jar. This lip balm is infused with full-spectrum CBD, shea butter, cacao butter, kokum butter, jojoba oil, apricot oil, coconut oil, and hemp seed oil. That's a lot of hydrating ingredients packed into a 25 mg pot, which is why we have over 80 reviews from our community raving about how nourishing this product is on their lips. With such glowing reviews, naturally we were curious to learn more about this brand through one of the founders who started it all. Keep reading to learn how Vertly's Co-Founder, Claudia Mata, went from working in fashion to founding a CBD and botanicals skincare brand with her husband, Zander Gladish. 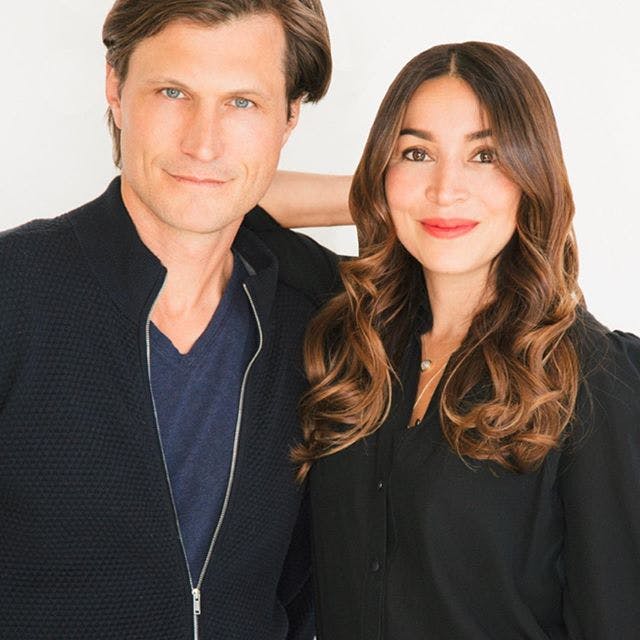 Zander’s family has been in the cannabis industry for about 15 years. He has three brothers and they all have their own farms, their own manufacturing plants, and their own product lines. Zander was a health coach, a nutritionist, and a yogi. He used cannabinoids like CBD and THC for wellness to help with body soreness and recovery. He used cannabinoids way before they were actually a thing.

Originally, I worked in fashion for magazines. I was a magazine editor for 12 years. I loved it, but I was married to a nutritionist, so I was always very interested in a green, clean lifestyle. Then we moved from New York City to Northern California. When we got here, I decided I was going to do a career pivot and study to become an herbalist. I went back to school and I was doing all this training. It was then that Vertly came into light. I was coming home every day and I was just talking to Zander about all these herbs and how they could really help your body heal and thrive. He was like, “This is what I've been saying about CBD for the past 10 years.” So I was like, “Okay, let's do something together.” This was in 2016.

In 2016, no one wanted anything to do with CBD, no one heard about CBD. There were definitely a lot of obstacles that we had to deal with, but because we had firsthand personal experience, we had this intense background knowledge to help keep us moving forward. We launched in 2017 and the premise has always been the same. It's always been about combining freshly extracted botanicals with CBD, so anything that would magnify the benefits of CBD.

Fast forward to 2019, I think that year alone, there were like 300 new CBD brands so I think the market changed and it became a little bit easier for people to navigate through it. So many times I read about a beauty executive who stumbled upon CBD and now is doing this. That's great because everyone has their own journey, but we are standing by it just because of what it did for Zander. He was an athlete, but he had so many knee surgeries and so many issues. We're going by practices that are tried and true for us and dosages that are experimented on lots of people and we try to be as authentic as possible by making things that are part of our routine too. Everything that we sell is something that we use every day. Obviously some of our favorites we like more than others, but they're not arbitrarily created. This is what we like for our wellness, and we're hoping to share that with people and hope it helps them as well.

On the brand name:

Although I am Latin—I was born in El Salvador—I am a total francofile. I lived in France for a few years after school and I went to Paris three times a year when I worked in fashion because I had to go to fashion week. I loved everything French so I wanted to do a play on “greenly” in French. It’s “Vert-ly” but we pronounce it “Vurt-ly” because we're in the US. We thought about the Spanish word “Verde” because of my roots, but people use “green” in Spanish to describe food so much it sounded like a food brand. 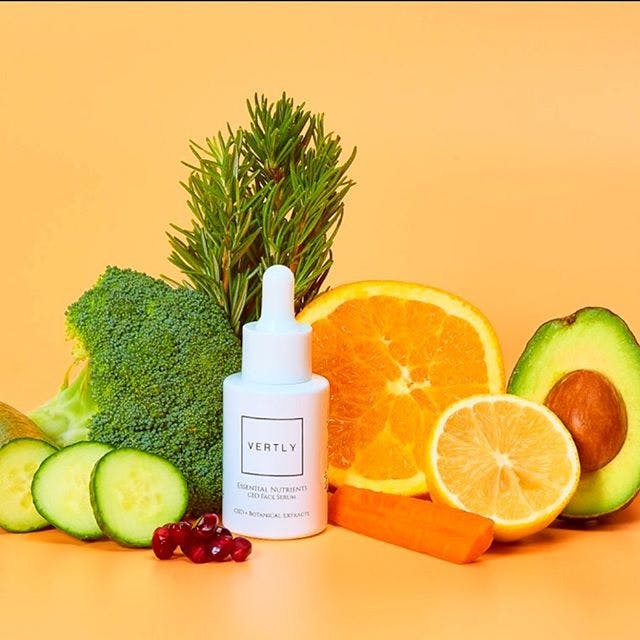 It's hard to make a uniform amount for everyone because everyone's own body has its own reaction to CBD based on your own body's Endocannabinoid levels, like how much your brain is producing it on its own. If you naturally have high levels you don't need as much CBD. If you have lower levels you need more. CBD is something you really need to experiment with on your own, especially if you're ingesting it. Otherwise, you could be taking a dosage that you're either not needing so you're wasting it or not doing enough and thinking it's not working.

I personally love that philosophy because if you think about pharmaceuticals, it's one pill fixes all. We’re not all the same. That really is kind of frightening when you think about it. But with plant medicine, you sit with it and see how it affects your body and that, to me, makes the most sense. CBD is a plant-based element. I think a lot of people are expecting it to be this magic element and it can be really helpful, but it requires you to figure out your right dosage, and also to be consistent and compliant with your usage because it takes some time for it to become normalized in your system as well. I think the patience aspect is something that people have to remember.

On formulating as clean as possible:

We have a chemist who is responsible for helping all these companies develop cleaner preservatives and cleaner, greener ways of manufacturing products. He was one of our first hires so we could always be innovating with cleaner ways and cleaner ingredients. When you make oils, you can just use freshly extracted oils, but when you make lotions, you have to use preservatives and emulsifiers. That's where all the cool beauty that you see at Sephora and everywhere else isn’t really clean. That's where it gets tricky and that’s the part where we knew we needed to find someone who was a little bit cleaner to help us with all that. 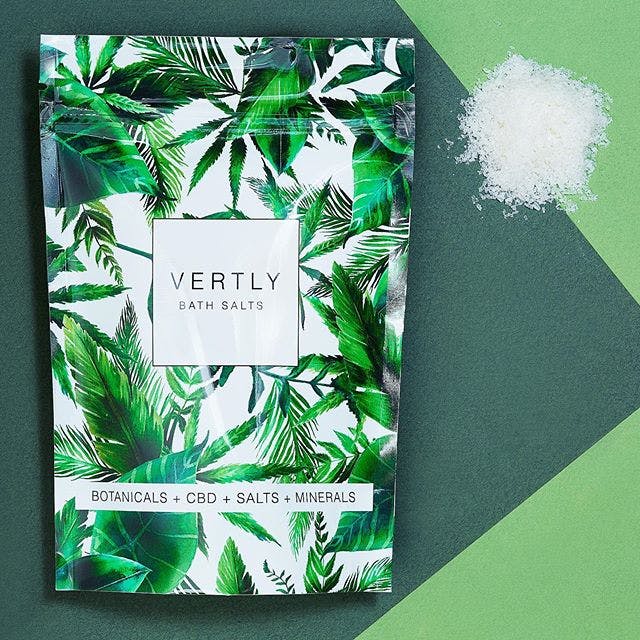 On the three week extraction process:

That’s what it takes to get an oil to be potent. The best way to describe it is the difference between freshly extracted orange juice and concentrates. If you buy your oil from someone, you could be buying concentrate. You don’t know how much of the ingredient is in it. They could just do a little bit of arnica and call it arnica oil. But if I’m making it, the ratio of arnica to oil is very high. I extract it through a process similar to the way you make potent extracts in herbalism. It's done through a slow process, so you preserve the most intensity of the plant while at the same time extracting the most nutrients. A lot of times when you buy arnica oil it's a pale green, but when we make it it’s almost black because it's so potent. It's really about understanding plants and the best way to extract the nutrients. If you go to someone else to make your products they can heat the oil to a temperature that really disintegrates all nutrient properties of it. So you really have to be mindful when you're working with plants at such a level that, had I not been studying this, I don't think I would have been mindful.

We didn't think it made sense for us to do all this work to extract all these fresh botanicals and then send it to someone else and have it sit on a shelf forever because when you order something from a facility, usually their minimum quantities are so high companies will have those products made over a year ago. I just thought there has to be a better, different way. And there is, but it's just very time-intensive and definitely more costly. We thought that that would be the best way. So that was our approach. 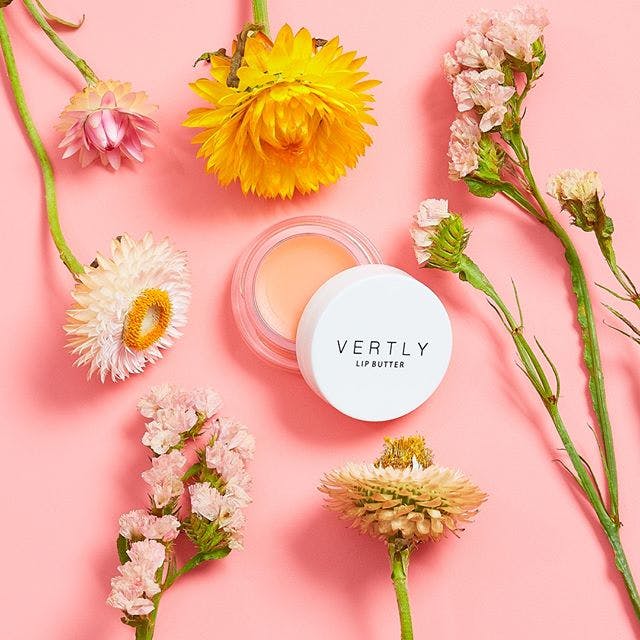 That balm was our first product in 2016. We wanted to pick a product to start with that people wouldn't be scared to use because everyone kept asking me, "Is this gonna get me high? and I'm like, "It’s just balm like you use multiple times a day, every day." People were freaked out about CBD so we launched with that balm. That particular formula, we went through like 420 versions. My formalist I was working with at the time was like, "This is insane. You do not need to revise it this much" but we wanted to get the right balance of butters because most people just use wax and oil in their lip butters. Sometimes you'll see shea or sometimes you'll see coconut. Coco is one that is rarely used by people because it's so difficult to work with but it's so nourishing. It was definitely a labor of love to start off with that one.

Have you tried any of Vertly's products? Make a review and add it below! We have our eyes on the whole line. 👀 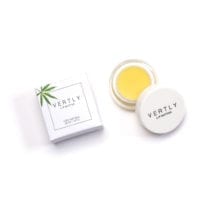