Last week, our team opened up a pack of B12 Awake by The Good Patch, slapped one on each of our wrists and carried on with our work. Within ten minutes, we all started checking in with each other; “do you feel that too?” I felt as though I had taken a shot of espresso. So when I spoke to the brands co-founder David Nicholson, I needed him to explain how in the heck this stuff works—because it may seem obvious to some, but I was never one to listen in science class (it was prime note-passing time...yes this was before cell phones).

Read about Nicholson's journey from owning a day spa to starting The Good Patch alongside Betsy Scanlan and Kelly Brock, and all about these miraculous (ok, science based) multicolor patches for energy, sleep, period cramps, hangovers, pain relief, and more. Keep your eyes peeled for them in our upcoming reward drops. 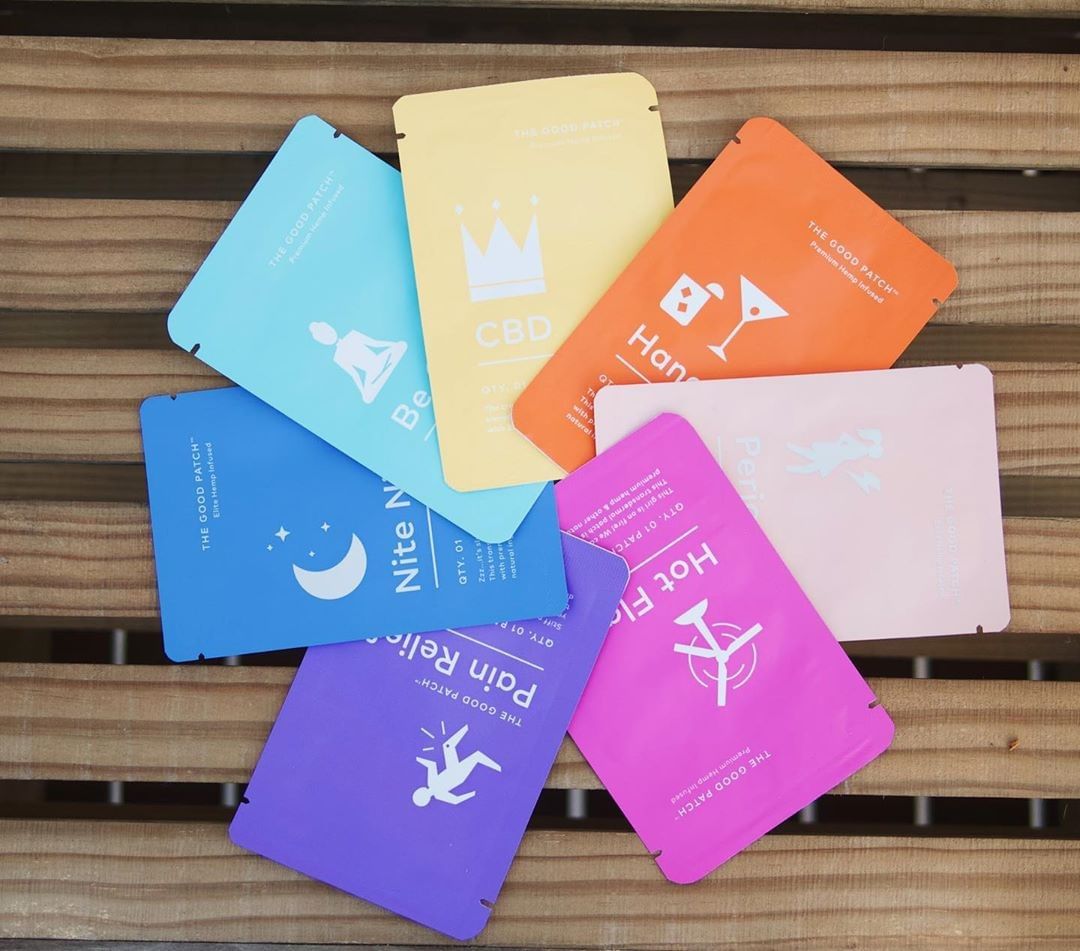 On how The Good Patch started:

Betsy Scanlan, Kelly Brock and me founded the company about two years ago. We're all equal part founders. Kelly and I, we have organic day spas for going on 20 years, and so we just kept up with our clients and we started getting introduced to CBD. We were really early adapters to it just because our clients loved it and we just had to do a product line that we knew our customers were looking for. It was my hardcore customers, the ones that love organic, love the nature side of healing and they were just responding to it really well to the point where I was thinking, “there’s something really here.” Betsy had been in the CBD THC side on a medicinal side for cancer patients, so it was a great merger. I do all the designs, Kelly does all the sales, and Becky works with all the formulation scientists. 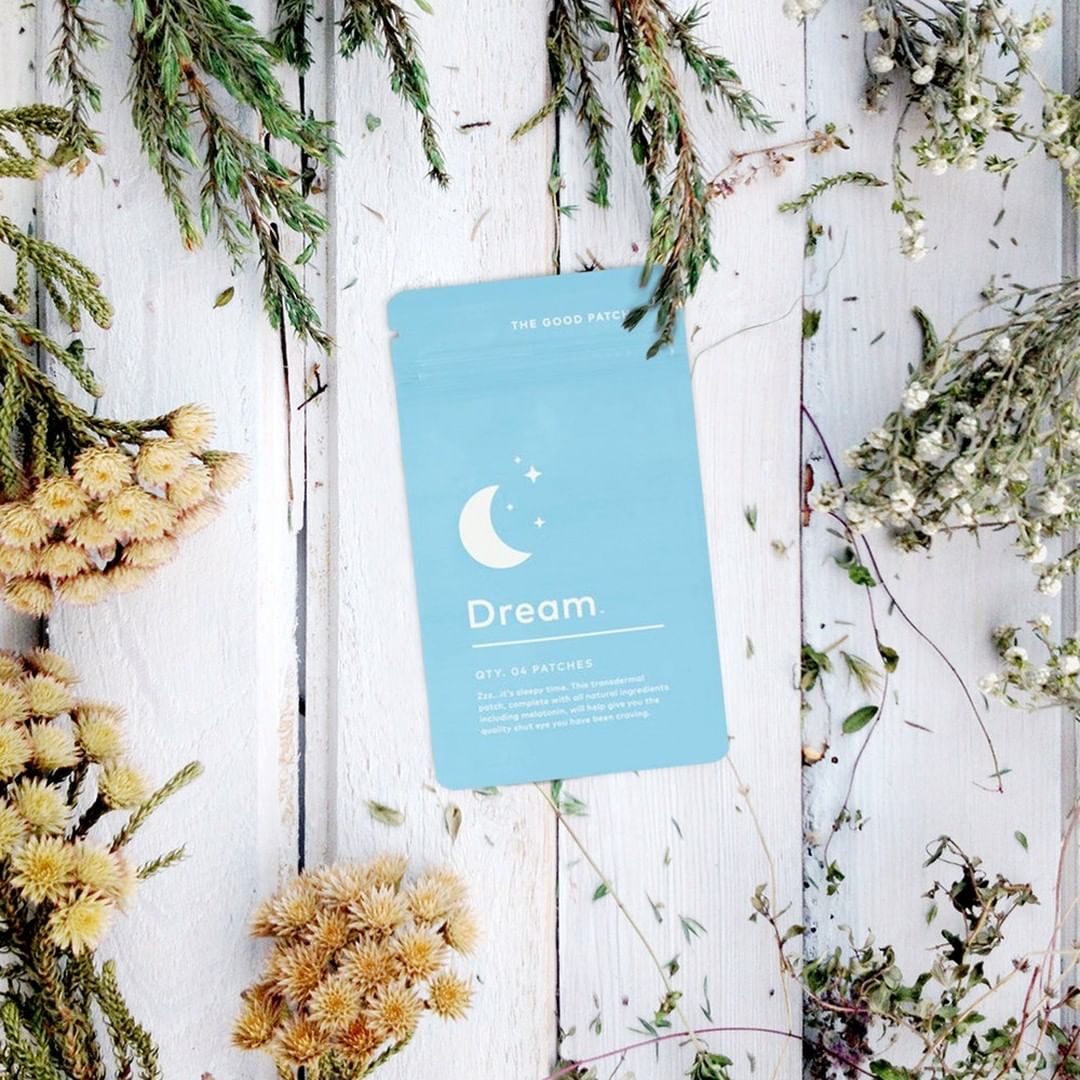 On his day spas:

My spa is in Atlanta, Georgia, in an area called Buckhead. We do massages, facials, manicures, pedicures, and we really lean on organic product lines such as Truly, Naturopathica and Eminence.

We wanted to do plant based ingredient products that were fun. CBD was a serious product for us because we were looking for a way to introduce ourselves into the industry. When we came across CBD and hemp we just felt like there was this new thing out there that had such miracle properties to it that we were like, we're championing it, the world needs to see this. 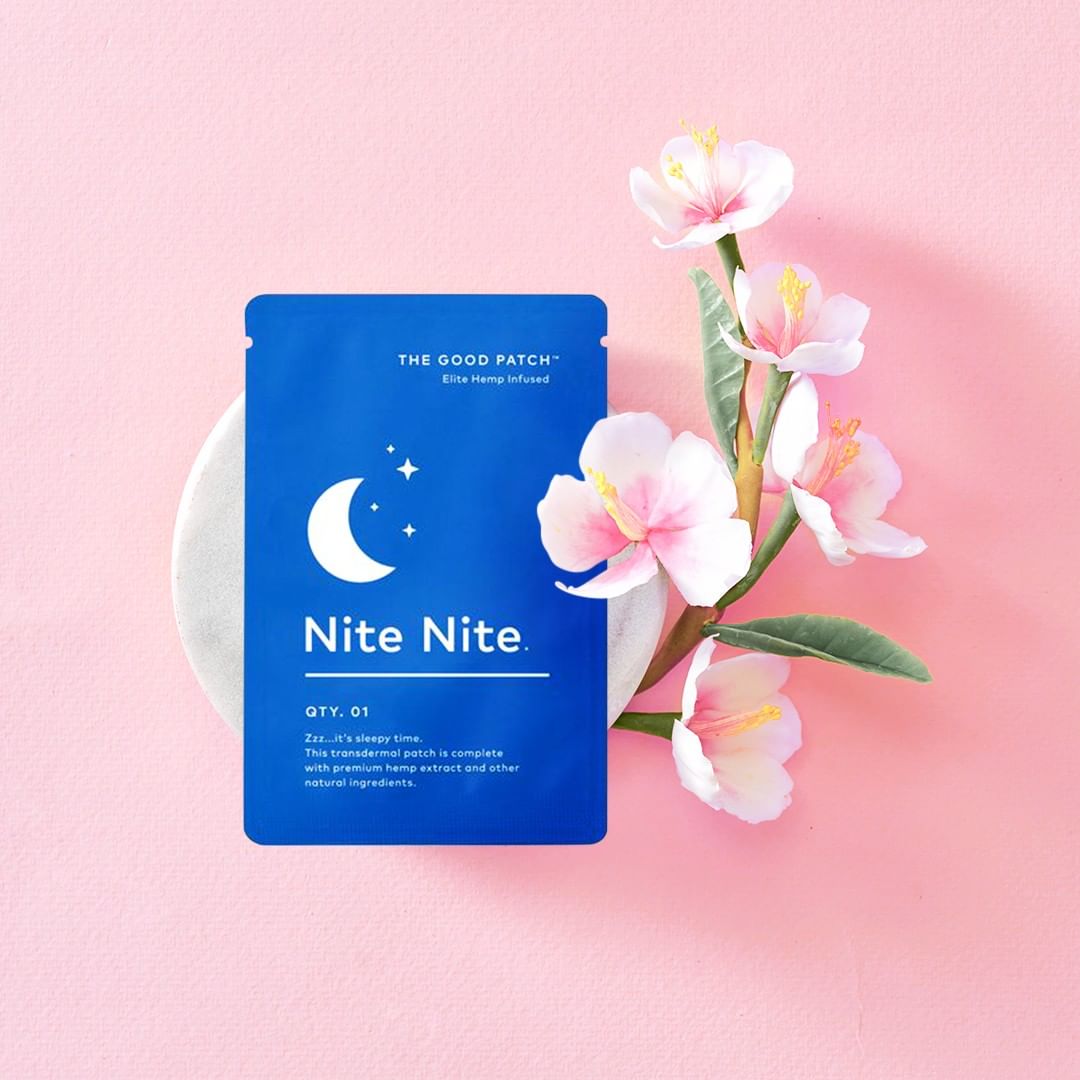 On getting their patches to market:

It took us about two and a half years—it was so much harder than we thought it was going to be. It was definitely a labor of love. We kept on trying until we were done, until we got it to where we were really proud of it.

Right now we have 11 products. We have five plant based patches, just purely plants without CBD. And then we have seven that are with plant as well as hemp. The plant based ones are the first ones that we launched with, and we did so because we knew a lot of people weren’t comfortable with CBD and hemp at the time. We didn’t anticipate that they’d take off the way that they have. 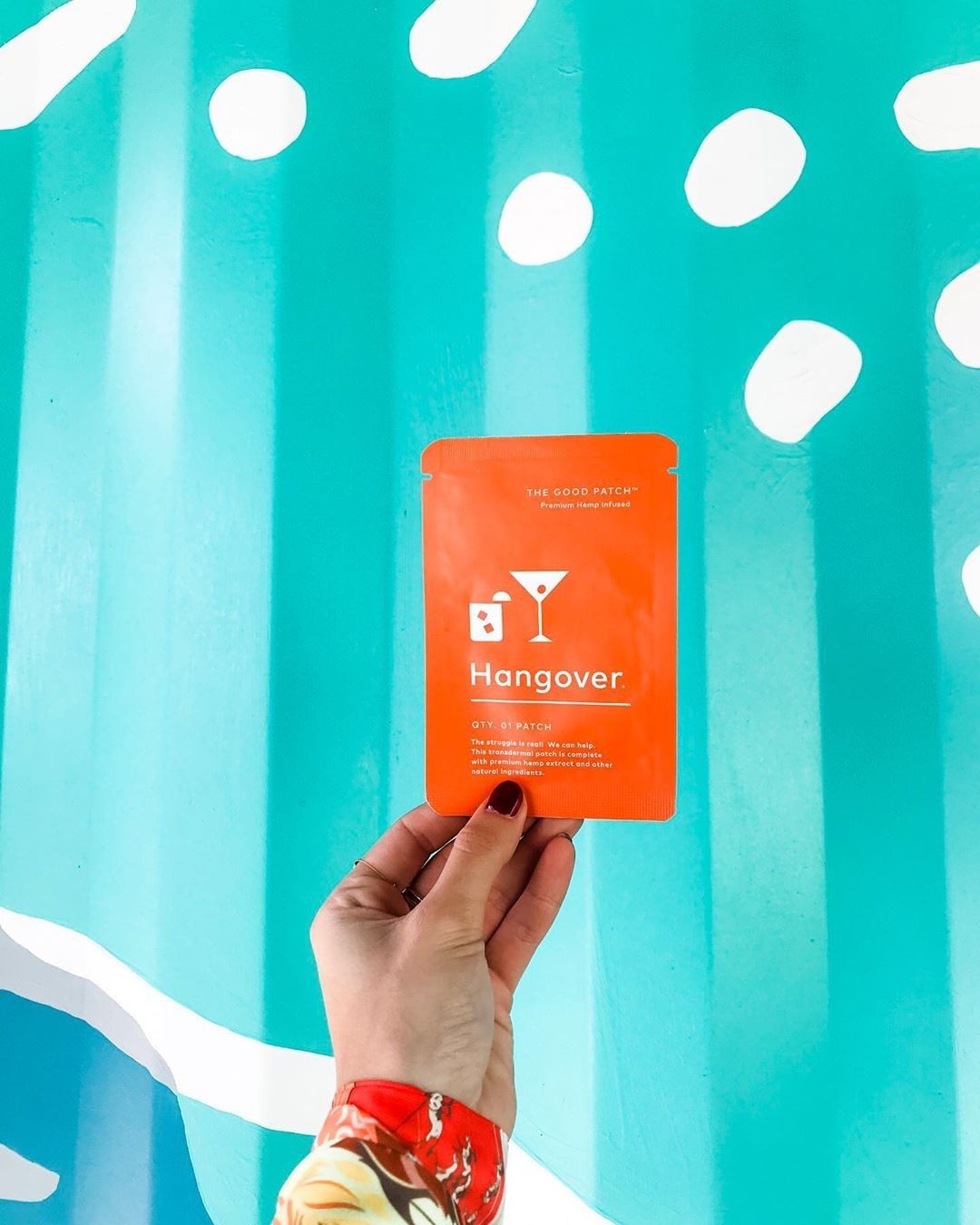 On how the patches work:

It's all about your metabolism; I have a very high metabolism and it takes about six minutes (to feel the effects). A lot of our clients are at about 15 to 25 minutes.

So you put it on venous areas like the inside of your wrist and there’s also an area on your foot as well. There’s a great deal of the product built into it. So it enters your skin through the carrier and it goes right into your bloodstream and it makes its way throughout your bloodstream within 10 to 30 minutes.

We’re not trying to replace what people are taking as far as their medication—we want to give people the ability to introduce plant based ingredients into their system in a very cool, fun way that benefits them. We just want to give you an alternative. I love coffee, I’m drinking it as we're talking right now. I don't want to lose my coffee, but I don't like trying to go to sleep at 10PM and feeling that 3PM coffee or going home with that kind of uncomfortable wired feeling or just feeling dehydrated to a certain point because I drank four cups. So I try to eliminate my 3PM cup with a B12 patch at least five days a week, and it has helped me hydrate myself to no end. I get the alertness from the patch, but I also get to hydrate by avoiding drinking coffee. 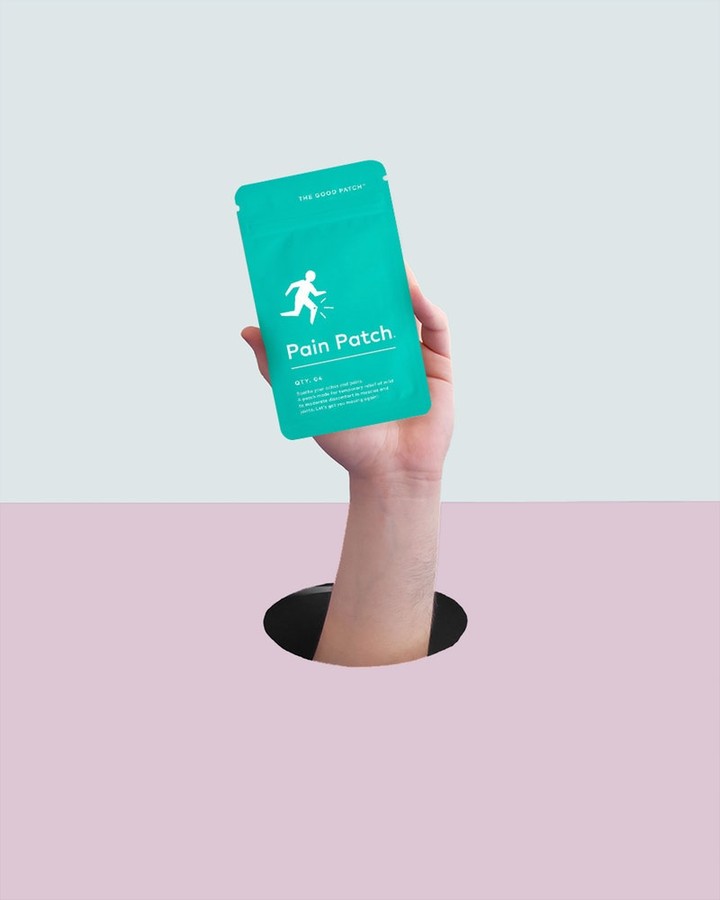 In December of last year they legalized hemp federally, but there are things you can't claim about hemp because there's not enough research out there. If a company goes out and says it cures your anxiety or it cures your depression or it will help your inflammation, you have to be really careful. We want to be on the safe side of that, we don't want to go out and claim it’s going to replace your Lexipro or your Ambien. We want to say here’s a plant based ingredient that we are producing that’s proven. We’re also adding in hemp because we love hemp and we will champion these other ingredients and just let you know it has this in it as well.

But until then, you can say that this is going to benefit you in lighter ways in conjunction with other plant based ingredients that are already proven to do those things. The hemp is kind of an add on, and then when all the science comes out, you'll be able to kind of declare that it's good for you. We know that it helps in so many different ways, but we're just not comfortable in saying that until it's actually proven.

On their biggest challenges:

We are a patch, which is kind of confusing, and we are hemp, which is a new product on the market. When you're trying to teach a customer one thing it’s hard enough, but two things is even harder. I would say what our biggest hurdle is the information out there that's wrong about CBD. There's a lot of misinformation just by some people that either are bad players or who are trying to sell stuff.

This interview was edited and condensed for clarity. Watch reviews of The Good Patch below.

What is Indie Beauty & Which Brands Do You Love the Most?

What is Indie Beauty & Which Brands Do You Love the Most?